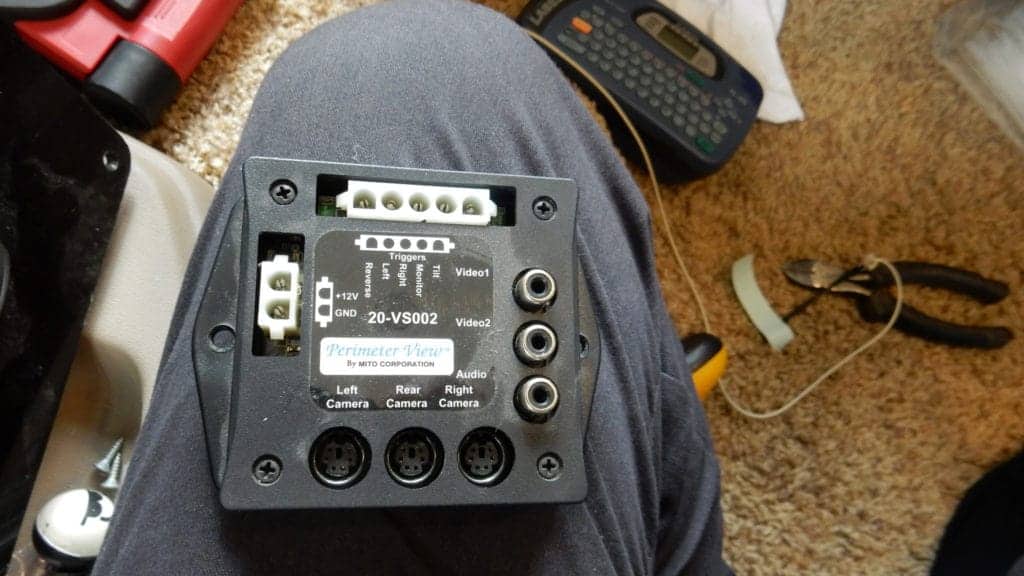 This might also be called “A Parcel that has more air miles than I do”.

You may remember that we were having problems with our side and rear cameras in the RV. There is a switch box that switches between the three cameras. Talking to the manufacturer in Indiana we decided that the switch box was probably the source of the problem. We ordered this $60 switch box on a Friday morning from Labrador City. We paid $140 to have it expedited to us. We knew that we would get to Goose Bay on the weekend so we had it shipped to Goose Bay for pickup. There is an airport there so we would be able to get expedited delivery. The manufacturer, Mito Corp., told us that with expedited shipping the part we needed would be in Goose Bay by 5pm on Monday. Mito shipped the product really quickly for us and FedEx actually got it from Indiana to Montreal by Friday evening. Everything was good. At that point, for some unknown reason, FedEx decided to ship the small box back to Indianapolis. It arrived in Indianapolis, left and was listed as “in transit” in Indiana for almost two days. The parcel returned to Montreal after midnight Sunday night. It then sat in Montreal apparently waiting for an extra $15 from us for customs, taxes or duty or something. FedEx confirmed that they had Mike’s phone number but they never contacted us, never asked for the money, simply left our package with customs. On Monday when we checked FedEx tracking we found out that the parcel hadn’t left Montreal, called FedEx and found out about the outstanding $15 additional charge. We had cell phone reception the entire time we were in Goose Bay. I can’t believe they didn’t call. We still don’t know exactly what the extra $15 was for.
We paid the money and the package cleared customs. On Wednesday our little parcel flew from Mirabel in Quebec to St. Laurent in Quebec. Finally a Labrador company was to pick it up at the airport there and have it flown into Goose Bay. Our estimated date was now Thursday which means that our overnight delivery would really be 7 days. We considered trying to reroute the package to somewhere else but Goose Bay was the largest city and airport that we were going to be seeing for quite a while (population less than 9,000). We waited in town and on Thursday went to pick up the part and found out that it hadn’t arrived and that the new date was now Friday. Apparently since Wednesday our package had flown from Quebec to St. John’s, Newfoundland and back to Quebec. This was really getting ridiculous.

Here is the kicker to the whole story. Friday afternoon, one week after arriving in Canada, Mike picks up the part, spends hours installing it and talking to the manufacturer on the phone only to come to the conclusion that the new part has more problems and defects than the old one and they are no longer positive this switch box was even the cause of the original issue. Saturday morning Mike reinstalled the original switch box and rigged it up so that we have lost our radio, speakers, Bluetooth etc. but he can see the car behind us while we are driving. The side cameras are not working. We may end up getting another one of these switch boxes “expedited” to St. John’s in Newfoundland. It certainly won’t be via FedEx if we have any choice. Life isn’t simple.